Beltane (‘bεltən) [Adopted in Lowland Scotch from Gaelic bealltainn, bealtuinn (in Irish bealltaine, Manx boaltinn, boaldyn) the Celtic name of the first of May, the beginning of summer.- O.E.D.- 2nd Ed. 2009

The Wiccan Sabbat Beltane has its roots in an ancient Celtic festival held on the first day of May when bonfires were lighted on the hills. Originally, on May Day, the Druids are said to have alighted two fires between which they drove their cattle to protect them from disease. The practice of lighting fires on Beltane continued on in the Scottish Highlands and Beltane became one of the Quarter, or Term, days of Scotland that divided the legal year and upon which rents and interest on loans were due and when servants were hired and paid. Although the dates have been shifted, these Quarter days survive to this day and were regularized by the British Parliament as late as 1990.

Since 1998 the tradition of lighting fires on Beltane has been revived in modern Edinburgh where the Beltane Fire Festival continues the ancient celebration of the beginning of summer. Whilst many of the celebrations are based on the traditions, the organizers do not claim that it is any sort of continuation of the old Gaelic Beltane; rather it is a modern recognition of the day and its cultural importance to the Scots. 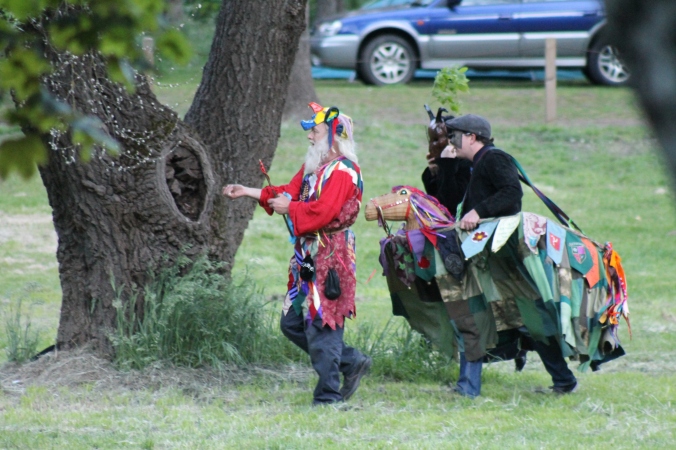